Who Is the Bravest of Them All? Michelle Obama Still Becoming 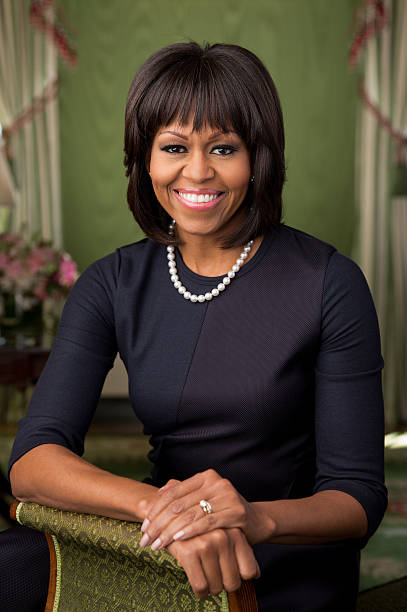 I just finished Michelle Obama's book Becoming and it took far longer to read than expected. The story of her life from blue collar beginnings on Chicago's South Side was so rich with detail, so stirring, that I found myself savoring it after every section. The early part of her life was set up so carefully, a childhood on the top floor of a relative's home, lessons from a battered piano, her mother's determination that her kids would grow up confident and self-reliant. Remembering what we had in the Obamas -a role model family who loved and cared for each other and their country deeply - was a haunting evocation of what life used to be.

I raised my children during the Obama years and they grew up in a diverse area in the very blue state of Maryland. Their childhood mimicked mine in the 1960s, exploring the neighborhood, getting into minor scrapes with neighbors, the freedom to just be kids. The Obamas were always present but part of our lives in a peripheral way.  Michelle Obama spoke at my kids' high school, my daughter caught a glimpse of the president while playing basketball in the White House, she heard tales from club soccer teammates of Malia at their parties and what the secret service let them get away with. President Obama did a PSA for us when we launched the first USA Science & Engineering Festival.

The Obamas had a strong sense of family. Even though I was a single parent and our family cocoon was badly damaged, our country's first family was a role model we could count on to prevail. My kids grew into better, more hopeful people because of it.

Michelle Obama is the bravest of women on many levels mostly because she is willing to tell the world that she was not always Brave.  She, like every woman I know, had to get past that nagging voice in the back of her head repeating that she was not smart enough, good enough, pretty enough, strong enough, mother enough - or Brave enough - to be successful in what she decided to take on.  Work harder, the voice told her, organize yourself, set goals and exceed them. She writes of holding herself to a higher standard - that as the first black FLOTUS her every move was scrutinized and dissected, mostly from the right, but from others as well. She could not make mistakes and when she did there was no time to dwell on them. As she put it, there is no handbook for first ladies.

But her drive for perfection didn't overcome her. Becoming is written through a lens of optimism and often amusement at the role she found herself in. One anecdote from 2009 talks about bonding with Queen Elizabeth II over the pain of wearing heels. After weeks of schooling in royal protocol, Michelle put hand on the Queen's shoulder as they commiserated, an unconscious gesture and a royal  OMG, that stunned the Brits and got damning press. The Queen was a sport about it and responded by briefly placing a hand on Michelle's waist.  How hard it must be for Michelle to see herself replaced by a woman who openly does not want the honor of first lady, and says "I really don't care, do you?"

The food industry was cowed by Michelle's bravery. The first six months of her stint in the White House she created a vegetable garden with the help of local school children, to begin teaching families about healthy eating. When Barack ran for president family meals were often take-out and after a pediatrician warned her that Malia was at risk for diabetes based on BMI levels, her relationship with food underwent a transformation. The garden would morph into a national movement and after extensive negotiations, the food industry would redesign school lunches and ingredients to make the foods of childhood healthier. The data, which is detailed in Becoming, is impressive and was not shared widely enough at the time. A lot of her victories were about reducing salt and sugar content, and the national conversation about better nutrition are ongoing.

There are moments in Becoming when I just want to hug Michelle Obama, not the way she almost hugged the queen but a big bear hug, the kind that makes troubles go away. Michelle was a hugger and  she used hugs to diffuse discomfort and immediately show empathy.  I wanted to hug her when she talked about her South Side of Chicago upbringing, that when she got into a tough spot her mother would listen carefully and then tell her to figure out the answer for herself. I wanted to hug her when she discussed the slow decline of her father's health and mobility from multiple sclerosis, which I  watched with my own mother. As young teens we both saw them go from vibrant people to losing their ability to walk, control their limbs, to be who they were.  And I especially wanted to hug her when she talked about Barack, about learning to accept him as a man with a higher purpose, and the loneliness and frustration that it brought.

Becoming is not a perfect book, some sections area bit too long while the final years of Barack's presidency are glazed over with less discussion of what it all meant.  But unlike the trite, ghostwritten missives of other former first ladies, it does tell the truth from the first page to the last. One of the most interesting parts for me was about raising her two girls under the shadow of the White House and trying to give them as normal a life as possible. Instead of parading their children in front of the media, the Obamas made their Portuguese water dogs media stars, with Sunny often brought out to pose for photographers. They had nightly family dinners, decided in counseling when the girls were young, and a staple of their home that my family barely managed once a week.


Read Becoming. It's the story of a Brave woman who is not afraid to admit how hard she worked to be Brave. Absorb her optimism. Find your connections to her challenges. And most important remember, Brave women go high when they go low.

https://www.youtube.com/watch?v=jXwaQXquA7E
Posted by Aimee at 1:13 PM No comments: