Who's the Bravest of them All? The French call him Spiderman


The story is out of a movie script. A Malian immigrant in Paris had just left a soccer game playing in one of the outdoor theaters, in I cannot remember which arrondissement.

He saw a little boy hanging off a four story terrace desperately trying to hold on. Without a moment's hesitation he was scaling the side of the building to save the boy. 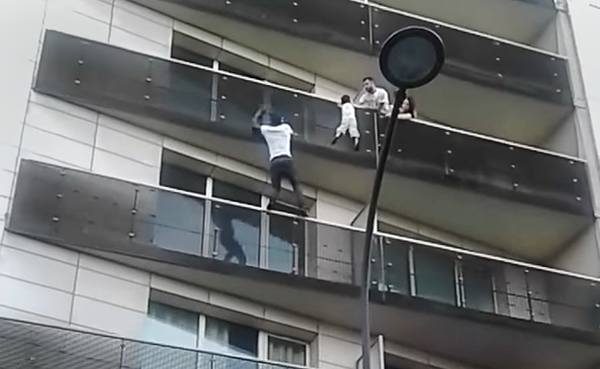 https://www.nytimes.com/2018/05/28/world/europe/paris-migrant-hero-spiderman.html
Posted by Aimee at 4:50 PM No comments:

Who's the Bravest of Them All? Happy Mother's Day Robin

We lost her just over a year ago and I feel, as many others who loved her do, like a gaping hole has been cut in the fabric of my life.

I do not know all the parts of Robin's story, but I do know when it changed.

One of the bravest women I know and a role model to me,  Robin was a woman who made the best of everything. She was progressive, optimistic, and she had a great big heart.

Robin was a child of the 1950s, poodle skirts, bouffant hair, and a smile that brightened every room she walked into. She loved all types of music and her rendition of Under the Boardwalk could get a room going. She was a ballroom dancer who won awards and kept up with it her whole life. She said she never felt more beautiful than when she danced.

One night Robin's husband went out for ice-cream and never came back. She had a baby who is now in his 50s. Turned out he got his girlfriend pregnant and then he married her. She was on her own with a young boy and kept moving forward. She was tough and when she wanted something she got it.  She rarely faltered and she always landed on her feet. I got that from her.

At 30, she met and married my father, a widower, and came into a house where the children had just lost their mom. She was kind and she tried and tried but what she wanted was us all to be a family, and that never really happened. In the meantime, she started a flea market business and made her own money. The marriage lasted 17 years, which she said was the longest time anyone should be married to the same person. After that she lived in Manhattan and danced and sang in piano bars and started making jewelry out of old watches.

Robin was the kind of woman who spent every day for months in my brother's hospital room when he was strapped to a bed, unable to move after breaking his neck. My father was the kind of man who let her do it.

In her sixties, Robin started a jewelry business called It's About Time. Her father was fascinated by timepieces and she took that childhood connection with him and started a company designing men's cufflinks and occasional pins made from old watches. The cufflinks were matched by hand and her work was  artistry - so unique in fact that for years her best customer was Saks Fifth Avenue. Every year she went to the flagship store on Fifth Avenue and told her story. An entrepreneur in her 60s and 70s. She was very brave.

The last time I saw Robin she was dancing (ballroom, jazz and ballet) and taking improv and art classes. She had finally gone to Florida to be with her family and made a life for herself. She was incredibly content and her joy in life was inspiring. I went home and decided to do more with mine.

She loved to read my writing. Happy Mother's Day Robin. You are the bravest of them all. 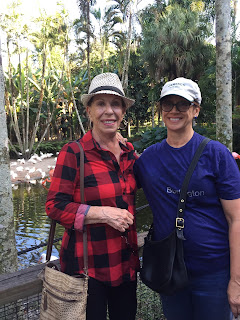