Who's the Bravest of Them All? Women Are 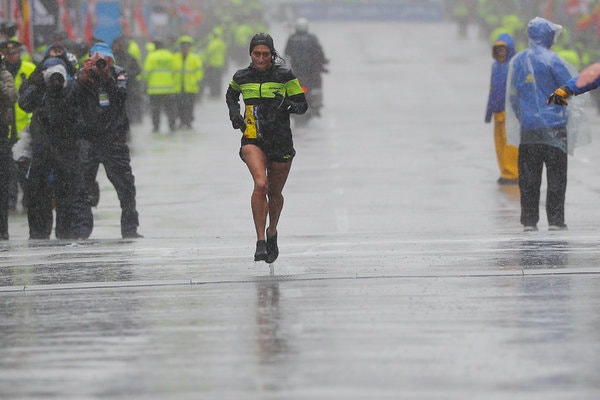 Desiree Linden winning the 2018 Boston Marathon.
The Boston Marathon, one of the toughest in the country, is a test of character and physical prowess. Then why do men drop out more frequently than women? Take a look at the data.

For men this year, the dropout rate was up almost 80 percent from 2017; for women, it was up only about 12 percent. Overall, 5 percent of men dropped out, versus just 3.8 percent of women. The trend was true at the elite level, too. Conditions were particularly harsh this year.

According to the article in the New York Times written by Lindsay Crouse there are multiple reasons why women rule.

Who is the Bravest of Them All? Tammy Jo Schults

Tammie Jo Schults, a former Navy pilot, who landed a Southwest Airlines plane yesterday after losing all but one engine, and saved all but one passenger.

I have always admired women who go into professions dominated by men and where in many cases they are considered intruders who are not smart enough, or worse strong enough, to do the same job as men can. My generation broke down many barriers but it is those who came after us that are awesome.

Tammie Jo is a hero to all of us. She lived near an airport and spent much of her childhood watching planes fly overhead and wanting to fly them. In high school, she went to a meeting about becoming a military pilot and was asked if she had the wrong classroom.

A couple of branches of the military would not take her as a female pilot trainee but the Navy (not exactly a bastion of sexual liberation), did. Flash forward more than a decade later and the mother of two, and wife of another pilot, was flying a plane whose engine had exploded, there was a huge risk of fire, and part of it was missing. One passenger had been killed and seven others were injured.

She had to land that plane

Her mother said Tammie Jo is a very calming person, and she had the plane and passengers with her as she crash landed at the Philadelphia airport.

A college friend Cindy Foster told the Kansas City Star that Tammie never listened to the naysayers. "She said she wasn't going to let anyone tell her she couldn't"

https://www.washingtonpost.com/news/morning-mix/wp/2018/04/18/nerves-of-steel-she-calmly-landed-the-southwest-flight-and-broke-barriers-as-a-fighter-pilot/?utm_term=.6dd0e855f062
Posted by Aimee at 7:55 AM No comments:

Who's the Bravest of them All? Maureen Dowd

Maureen Dowd has always been a voice I understood and could relate too. But in a recent opinion piece in the New York Times she struck home. Her question -

Why Would a Woman Go Home with a Man and not Want to have Sex with Him?

This question is at the top of what most women encounter at some point in their lives. They are on a date or they meet a man for the first, second, tenth time. There is an instant connection - they both want more. Then she goes to his apartment or home.

What matters and why this article is so spot on is that at some point whether clothes have been removed or not she decides she does not want to have sex with him. Lawyers will argue that if he forces her it is not data rape because she willingly put herself in that situation. But that's not the point at all. She has the right to change her mind. It's just that our legal system (by men, for men and implemented by men) often doesn't support her when she does. Shame the victim. Blame the victim.

It happens all the time. Not the rape part but the changing her mind. It could be something in his apartment, something he says, the way he pushes her to have sex, a hastily moved photo of another woman or that the glow didn't hold all the way through the night.

That's when women feel guilty. It's our fault. We have been told our whole lives that if we put ourselves in a situation like this it is our fault. And we end up having sex with a man when we don't want too. We've come this far. He won't leave us alone, So we do it anyway and it upsets us not necessarily in the moment but in the hasty moments afterwards when all we want to do is get the hell out of there.

Brave Women say NO. It's not easy and he may not take it well at all. But we can and we do say NO. The choice is ours.

Kudos to Maureen Dowd for raising the issue in the NYT so it can be broadly shared. Read on.

https://www.nytimes.com/2018/04/07/opinion/sunday/women-sex-dating-dowd.html?rref=collection%2Fsectioncollection%2Fopinion-columnists&action=click&contentCollection=columnists&region=stream&module=stream_unit&version=latest&contentPlacement=6&pgtype=sectionfront
Posted by Aimee at 5:47 AM No comments:

Brave Woman: Isabella Rossellini and the Woman Who Brought her Back to Lancome 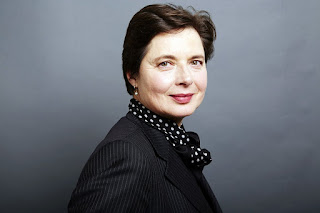 When Isabella Rossellini was 42,  Lancome after 15 years as their top model, let her go for being too old. At 65 she got a call that they wanted her back. The cynic in me questions the motives of Lancome, but the times are changing and so are women.

At a certain point, at least in my opinion, women don't want to imagine themselves as 30 year-olds. They want to look good just where they are. That's bravery in our youth obsessed world and it's also a sign that we women are no longer afraid to get older.